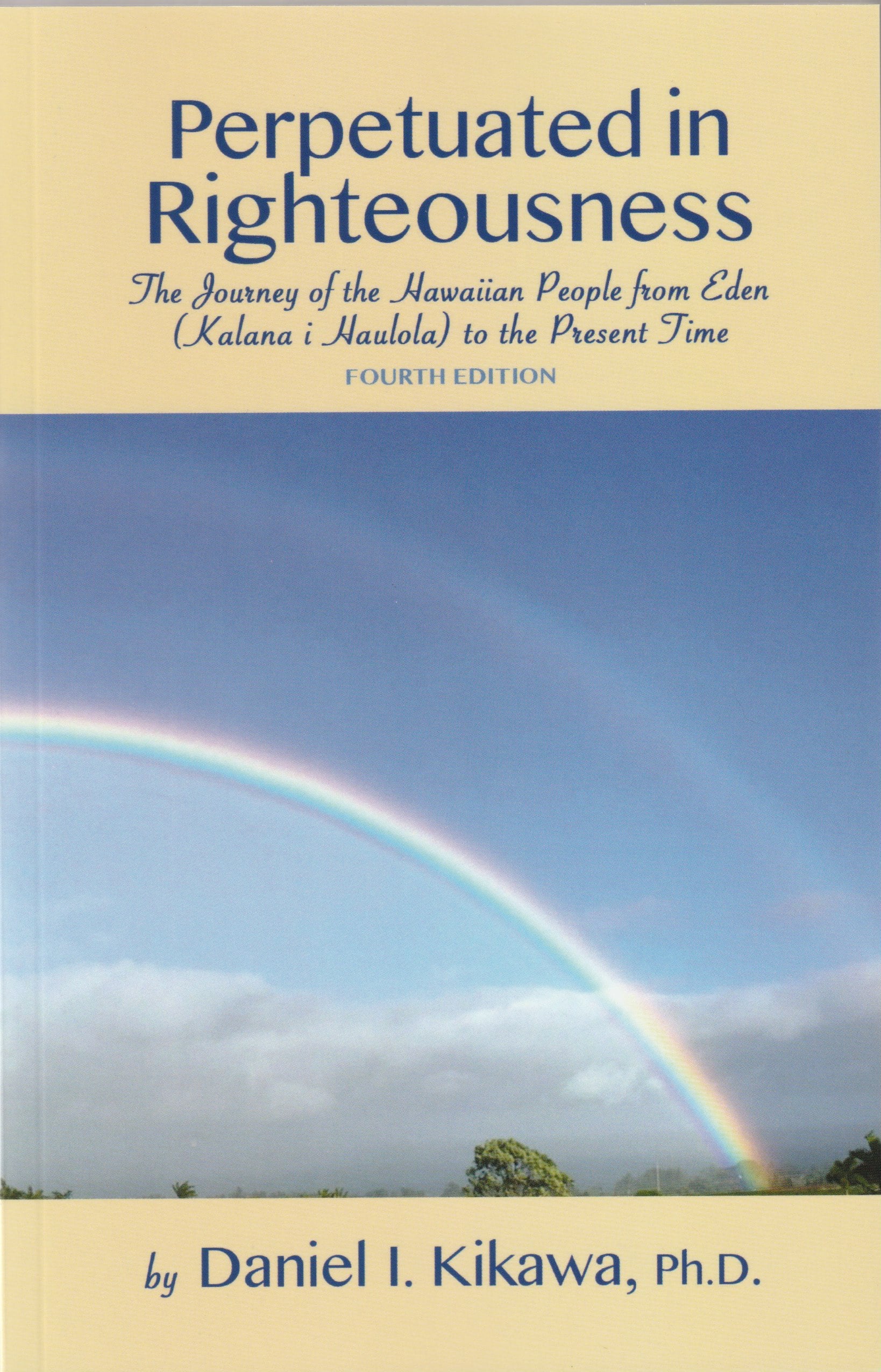 From the ancient Polynesian legends the author traces the history of the Hawaiian people from the beginning of time to the present; documenting their belief in the One Supreme God who created the heavens and the earth; and the first man, Atea, the Kumuhonua. Formed on the sixth day of creation out of the red clay, Atea became a living soul when the Supreme God breathed into his nose. Atea’s wife Owa, Keolakuhonua, was created from his rib.
The legends tell of the One Supreme God’s ongoing battle for the souls of the Hawaiian people, against Ilioha, the giant mo’o (dragon). From the enticement in the garden to the present time, this mo’o continues to use power, greed and selfishness to turn mankind away from the One Supreme God and His only Son, Iesu Kristo.
Painstakingly researched and documented from beginning to end, this is a history book that no one should miss!
Purchase on Amazon
“This book is the most important book of our time for Hawai‘i. It is critical that we remember God at this crucial crossroad in the history of our beloved islands.We Hawaiians knew the One True God before the bondage of cruel gods fell upon us. We are a spiritual people, and we know that the spiritual affects the physical. Only He, the True God of the Hawaiian people, can convict those who have done wrong of sin, cause them to repent, and to make right. And only the True God of the Hawaiian people can turn anger, bitterness and hurt into forgiveness and healing. Our God confirmed through  Hawaiian prophets that Ies_ Kristo was His Son. Ies_ showed us the way when He, dying on the cross, forgave his tormentors. Our beloved queen, Lili‘uokalani said, ‘No one is free from his own sin until he has forgiven him who has sinned against him.’ There can be no l_kahi (harmony, balance), for our people or these islands without God, for l_kahi comes from God. We must include our God in the current affairs of our islands, or we will be doomed to failure; for only God is righteous, and the life of our land is perpetuated in righteousness.”
Arline Wainaha Ku‘uleialoha Brede Eaton
“Mom” Eaton is full-blooded Hawaiian and grew up speaking Hawaiian as a first language. She is a Hawaiian Studies Teacher (Kupuna Program) for the State Department of Education; Protocol Officer for the Royal Order of Kamehameha, Womens’ Auxiliary and President of the Pu‘uloa Hawaiian Civic Club.
“My kupuna (elders) knew there was only One Creator God, they knew him as ‘Io. When the missionaries came, my kupuna listened to what they said carefully. They heard the missionaries speak of the God, Jehovah, from the Bible and knew that the missionaries spoke of the same God. My kupuna realized that the missionaries would not understand this so they kept it within the ‘ohana (family). I would hear my kupuna pray to God and say, “‘Io, you are Jehovah.”
Malia Craver
“Auntie” Malia is full blooded Hawaiian and grew up speaking Hawaiian as a first language. She is one of the most respected living authorities on Hawaiiana. Auntie Malia’s mentor was Mary Kawena Pukui, the most respected Hawaiian authority of modern times. Mrs. Pukui tutored Auntie Malia especially in the language of Hawaiian poetry. Mrs. Pukui was the greatest influence in Auntie Malia’s life from 1966 until 1983, passing onto her every positive cultural value to the fullest, lest they be lost.
“Marvelous! . . . My excitement deepened the further I journeyed into this fascinating book. If only the other peoples had the kind of clear and compelling picture of redemptive destiny that the Hawaiians now possess. . . . This is what we need done for every people group on earth. Daniel Kikawa and the Hawaiians are showing us the way.”
John Dawson
John is the author of the best-selling book, Taking Our Cities for God and the groundbreaking, Healing America’s Wounds. He is the president of YWAM (over 15,000 full time staff and over 100,000 short term missionaries yearly in over 600 mission bases in more than 150 nations, founder of the International Reconciliation Coalition and a member of the Board of Regents of the University of the Nations (A Bible college with over 277 campuses in 98 nations, 51 languages and 14,000 students from162 nations annually)
“Daniel Kikawa’s pen points the way to an exciting new understanding of God’s loving preparation of Hawai‘i’s native sons and daughters for the coming of the Gospel of His Son, Jesus Christ.”
Don Richardson
Don is one of the most sought after and respected missionary speakers in the world. He wrote two best-selling books, The Peace Child and Lords of the Earth, and the Christian Review’s Christy Award winner, Eternity in Their Hearts. He is a contributor to the Perspectives curriculum for the U.S. Center for World Missions and recently authored the book, Secrets of the Koran. 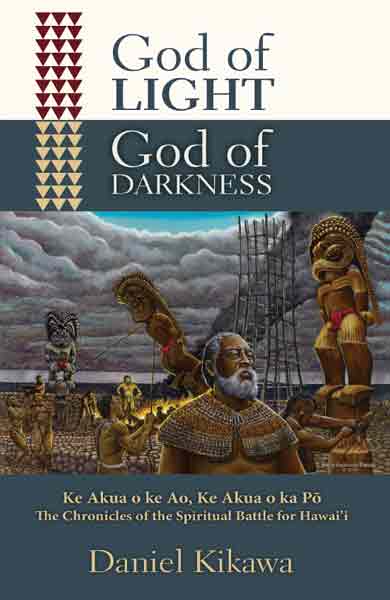